Thanks A Million Ames UPS Drivers!

AMES, Iowa — A parade was held Thursday morning in honor of some servants, who normally don’t get much recognition. The Ames Police and Fire Departments led a parade through Ames to honor local UPS Drivers. The Ames office recently reached one million miles of driving, with no accidents.

“We run 46 drivers out of here and we did some math this morning basically 3.7 trips to the moon and back without a crash that’s awesome,” said Shane Sipiorski, Des Moines Division Manager. “This is very uncommon it’s an incredible feat going 1,000,000 miles without a crash it’s unheard of it’s impressive.”

Fire Trucks lined up to sound their sirens, and police cars led the parade leaving east, and west along Lincolnway, with a long line of brown UPS trucks following behind.

“I’m blown away how extremely appreciative the community is, coming out and thanking these guys for what they do every day,” said Anthony Brice, of UPS, a member of the local safety committee. “It was just a huge accomplishment for 46 drivers to go out day in and day out relentlessly five or six days a week, during holidays, during inclement weather, and make it back safe because the most important stop for our guys is the last stop of the day and that’s at home.”

Businesses and consumers count on UPS to deliver items to the door. For UPS drivers, they get to know their customers.

“It’s difficult and rewarding at the very same time,” said Brice. “We get to see these people every day on our route we see their families grow we see their hardships with you and were there every day for them.”

“A lot of appreciation obviously out in our community,” said Dan Walter, of the Ames Police Department. “They’re putting a lot of miles on the road, we’r heree to help them celebrate on a really outstanding feat, to make it that long without an accident.”

The Ames UPS office serves not only the city of Ames, but also communities around the region. 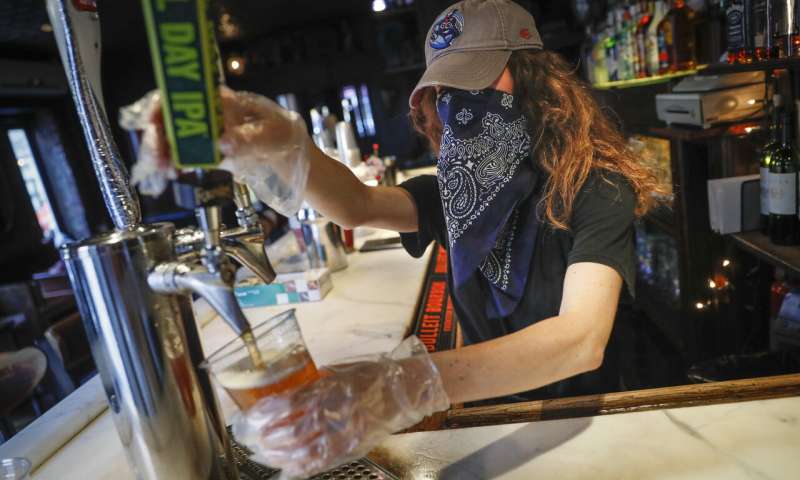 POLK COUNTY, Iowa — The family of a man killed by a Polk County sheriff’s deputy is alleging excessive force and that the sheriff’s office is covering up his misconduct. Now, they’ve filed a lawsuit. Deputy Ryan Phillips shot and killed 25-year-old Isaiah Hayes back in July of 2018. Hayes had led police on a […]

Authorities are closing honky tonks, bars and other drinking establishments in some parts of the U.S. to stem the surge of COVID-19 infections — a move backed by sound science about risk factors that go beyond wearing or not wearing masks. In the words of one study, it comes down to the danger of “heavy breathing […]

After reviewing the Iowa City Community School District’s response to demands for a more inclusive academic environment, the Iowa Freedom Riders called upon the district’s board to specify what actions it will take to prevent discriminatory practices on school campuses and to ensure accountability. The Iowa Freedom Riders sought clarification to the school district’s response […]

University of Iowa Hospitals and Clinics Medical Oncologist Pashtoon Kasi is working with other researchers on campus and around the world to develop liquid biopsy and DNA tests that will detect leftover cancer cells in patients. The Signatera liquid biopsy test is a non-invasive procedure that allows doctors to learn information about a patient’s cancer […]

The Iowa women’s basketball team returned Iowa City for voluntary workouts on June 15, but not without a few changes. Amid COVID-19 concern, no coaches other than the strength and conditioning coach — for safety reasons — are currently allowed on the floor during practice. Coaches are required to wear masks whenever they are in […]